How to deal with Jehovah's Witnesses

It's Saturday afternoon and the doorbell rings. You open the front door ... two Jehovah's Witnesses. You have a choice. Slam the door shut or plant a seed.

As a born-again Christian, our response should be a desire to plant a seed.

A bit of background of the JWs

This religious group was founded by Charles Taze Russell in the late 1800's in Pittsburgh, Pennsylvania, United States. Claiming to be the only true Christian religion, they dispute many tenets of mainstream Christianity, including the Trinity, the deity of Christ, the person of the Holy Spirit, immortality of the soul, predestination, the actual return of Jesus, hellfire, and the burning up of the world.

These religious beliefs are based on their Watchtower publications, with much indoctrination using their own translation of the Bible based on the Watchtower belief system. It has been altered to reflect their theology, with many of the verses that support the full deity of Christ being changed to support their viewpoint. Their version of the Bible has not been accepted by any other group.

The major point of contention

The Witnesses consider Jesus as just a 'little' god and a perfect man, a sort of demigod. He was Michael the archangel before his coming to earth, when became a man. When he died, he was not bodily resurrected. The body simply disappeared, and he rose as a spirit creature. 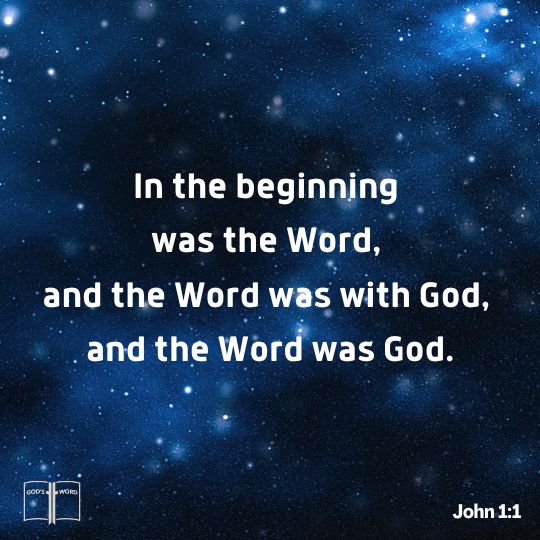 Without accepting Jesus as God and Savior, the significance of the death and bodily resurrection of Jesus, who died to forgive our sins, remains hidden from them. Instead, they claim Jesus to be just a god and a perfect man.

Though they may have a genuine love for God and are sincere in their beliefs, they have been deceived by a false gospel believing that when they die, their own death pays the penalty for their sins.

Remaining faithful and obedient to their Watch Tower Society until the end of the millennial reign of Christ Jesus, supposedly earns them the right to be declared righteous. To this end, they work on actively witnessing with no assurance of salvation. Of their total following, only a “remnant” will be eligible to be numbered among the 144,000 Jehovah's Witnesses, reigning in heaven with Jesus. The rest will stay on paradise earth.

Many topics can be discussed with Witnesses, since most people are aware of basic differences. Often debated are: refusing a blood transfusion or blood products, refusing certain medical treatment involving blood, and refusing military service. However, none of these are issues that affect one's salvation. Instead, the motive for ministering should be to bring the truth of the Word of God, and it needs to be done in Christian love and with compassion.

How to Witness to Jehovah's Witnesses

When answering that front door, a series of questions are usually asked by the JWs, followed by their standard answers. This is a well-practiced dialogue, studied with their religious leaders. If not careful, one can easily be drawn into this discourse, trying to defend one's own belief.

Instead of getting into that question/answer period, ask them first to share their testimony of why and how they became Jehovah's Witnesses. This gets them out of their practiced 'presentation'. Letting them go first demonstrates your willingness to listen. Then share your own testimony of why and how you made the personal decision to accept Jesus as your Savior.

After this, keep the conversation centered on one simple point, the deity of the Lord Jesus Christ, the foundation of our faith. This can seem daunting. One may be tempted to say, “Your Bible is wrong,” when using Scriptures because of our Bible differences.

To say, “You use your Bible, and I'll use mine,” doesn't really work, since the verses one would normally use, have been altered in the JW's Watchtower Bible: The New World Translation of the Bible (NWT).

The question is, can one use their NWT Bible, with altered verses that deny the Trinity, to actually share the true Gospel?

NOTE: Red italics throughout are taken from the New World Translation of the Bible (NWT).

The Trinity, explained below, is implied in 1 John 5:7, For there are three that bear record in heaven, the Father, the Word, and the Holy Ghost: and these three are one.

Here, the NWT is totally altered, For there are three witness bearers, omitting the rest of the verse that is in the original Greek.

With such huge discrepancies, is it really possible to share the truth of God's Word using their New World Translation? The answer is, YES!

In ministering to the Witnesses, it's easier if one uses their Bible instead of telling them their Bible is wrong. It really is possible to show them Jesus as God, the Holy Spirit as God, and the implied Trinity. There is still enough truth in their Bible, that matches 'our' Bible, concerning the Trinity to lead them to question where they stand in their relationship with Christ.

bAckground: What is the Trinity?

The word “trinity” is not found in the Bible and was probably first used by Theophilus of Antioch (A.D.181) meaning "three eternal distinctions in the one divine essence, known … as Father, Son, and Holy Spirit". [1]

The previous scriptures are just a few that reveal the Trinity in the Bible by showing three distinct persons but with the same essence. In Genesis 1:1, "God" is translated from the Hebrew "elôhîym" which is the plural of "elôha" (meaning "God" singular). However, when it's used with a singular verb, "elôhîym" becomes singular in sense. 6:4 and Ephesians 4:6 tell us that there is only one God. These three are one – trinity (monotheism, not tritheism)

Jehovah's Witnesses (JWs) use their Bible, the New World Translation of the Holy Scriptures (NTW), which has been translated “to conform to Jehovah's Witnesses' beliefs” [2]. It has changed many of the usual verses that relate to Jesus and the Holy Spirit as God. For example, John 1:1 (NWT) says: the Word was a god. This is backed up by their Greek grammar interpretation. The Holy Spirit is referred to as “it”.

One goal in witnessing to JWs is to show inconsistencies in their NWT Bible so that they will begin to question what they've been taught. Telling them right away that their Bible is wrong does not put them into a receiving mode.

Let them use their own Bible, but steer the conversation to their scriptures that still retain truth. This will show the inconsistencies in their book. Though much of it is changed, there are still verses that show the truth that Jesus and the Holy Spirit are God.

This creates confusion for them. “How can one trust an inconsistent Bible translation?” can lead to being able to witness to them.

Discussing the Trinity with Jehovah's Witnesses

A good example of the Trinity revealed is when the Father, Son, and Holy Spirit are grouped together and speaking together as one in 2 Samuel 23:2-3:

The Spirit of the LORD spake by me, and his word was in my tongue. The God of Israel said, the Rock of Israel spake to me, He that ruleth over men must be just, ruling in the fear of God.

The spirit of Jehovah spoke through me; His word was on my tongue. The God of Israel spoke; To me the Rock of Israel said: ‘When the one ruling over mankind is righteous, Ruling in the fear of God,

The 'spirit of Jehovah', the 'God of Israel', and the 'Rock of Israel' are identified in the New Testament:

These three are all speaking at the same time, as if one was speaking.

An additional example of the Trinity is revealed in Matthew 28:19: Go, therefore, and make disciples of people of all the nations, baptizing them in the name of the Father and of the Son and of the holy spirit, (NWT).

If the Father, the Son, and the Holy Spirit were three separate 'gods', then proper grammar would say, “in the names of …” rather than just the singular “name”.

Verses from the New World Translation where Jesus is God are as follows: 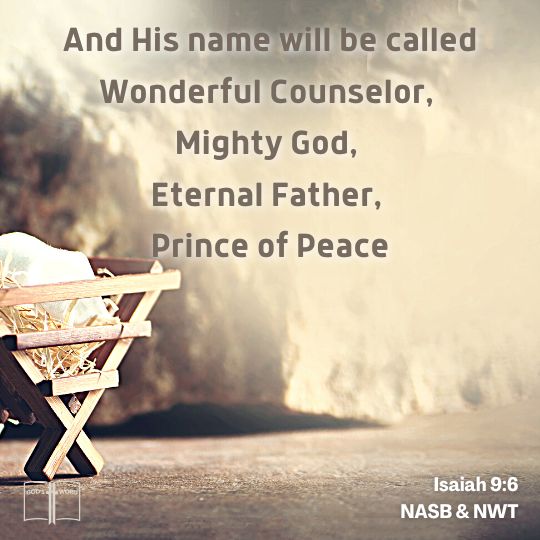 In most places of the NWT New Testament, “theos” (Greek for God) is translated “God” or “god” as necessary for their doctrine.

More interesting, though, is that “kyrios” (Greek for Lord) is translated either “Lord” or “Jehovah” as necessary. In our King James Version (KJV), “kyrios” is translated as “Lord” and refers to Jesus.

In the NWT, when “kyrios” is translated as “Jehovah”, there is a footnote that indicates a possible translation is “Lord”.

One can ask the JWs why the 'kyrios' is translated into two different words. Even if they don't read Greek, show them this in a Greek/English interlinear Bible. Romans 10:9 says: For if you publicly declare with your mouth that Jesus is Lord [kyrios], and Romans 10:13, everyone who calls on the name of Jehovah* [kyrios] will be saved, (brackets mine). Both use the same Greek word. In their footnote*, it says, “*Jehovah, Lord.”

One can then point out that all occurrences of “Jehovah” in their New Testament really are “Lord” in the original and show the inconsistency in their translation.

If God was very particular to have His name “Jehovah” used, as the JWs insist, then why is it not written in Greek in the New Testament? Other important names, such as David and Moses, have very similar Hebrew and Greek spellings. Why isn't Jehovah's name written in Greek? Why did the NWT add it when it wasn't in the original scriptures?

It is possible to show the Trinity, especially with Jesus as God, using the NWT as a tool to reach the Jehovah's Witnesses. This is important because their understanding of who Jesus is, is distorted. For them, He is just a created angel, was made human, died, and was resurrected as a divine spirit creature. Helping to remove the blinders from their eyes and bring the light of the Gospel, the Good News, to them should be our aim. This is possible. The Word is powerful!

If they start to question what they have been taught, and are hungry for the truth, we can pray that they will be open to the Holy Spirit, Who will lead them into the truth.

Howbeit when he, the Spirit of truth, is come, he will guide you into all truth.

However, when that one comes, the spirit of the truth, he will guide you into all the truth. 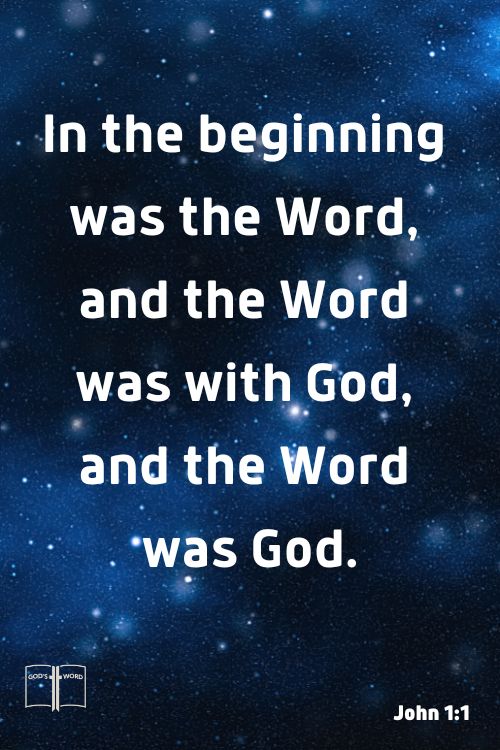 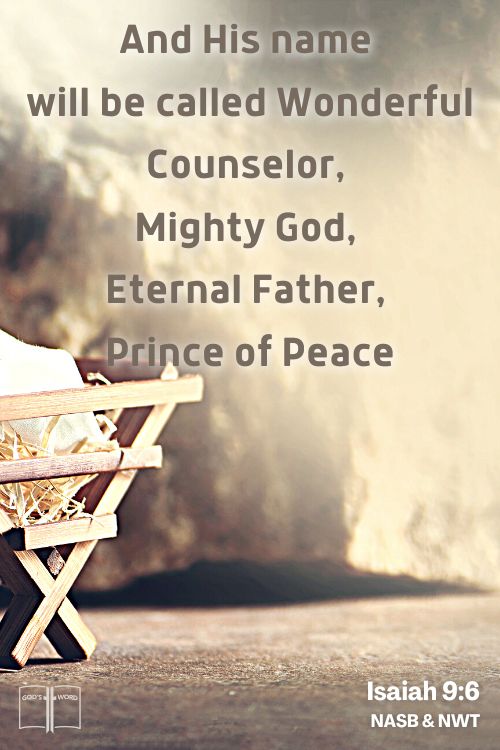 Top of How to Deal with a Jehovah Witness